Planning an anniversary party on a budget can be a challenge. But it’s not impossible.

Not sure how to go about it? If so, keep reading to find out how to plan a fabulous anniversary party without breaking the bank.

How to plan an anniversary party on a budget

The key to planning a successful anniversary party on a budget is to have party essentials.

Here are the party essentials you’ll need to throw a successful anniversary party on a budget.

Before we go over the tips for planning an anniversary on a budget, follow these steps first.

Pick a date, time, and place for your anniversary party.

Try to throw your anniversary party closer to your home on a weekday, during the morning or afternoon.

You’ll save more money on your anniversary party if you can do so.

Jot down all the party necessities you’ll need for your anniversary party.

Once you have written down all the things you need for your party, decide on a reasonable budget.

Next, start comparing the prices of two or three competitors in each party category.

Use these helpful tips below to guide you in planning your anniversary party.

How to throw an anniversary party on a budget

Tip 1: Keep the dress code for your party smart-casual

When inviting your guest to your anniversary party, tell them to dress smart-casual.

Have a smart-casual dress code so you can serve budget-friendly food options like sliders or loaded nachos.

Your guests won’t have to worry about ruining their clothes.

You can bake cookies or give out tea bags or candy. Handing out edible party favors will leave your guest satisfied.

Try to personalize your party favors with stickers or labels. Guests are less likely to throw away personalized favors, which will save you money!

Tip 3: Stick to a party theme

Stick with an anniversary party theme. Use a total of 3 colors: choose a primary or secondary color, a color shade, and a color hue.

Use your or your partner’s favorite hobby you like to do together as inspiration for your party theme.

You can use the traditional anniversary colors as inspiration.

Remember your anniversary party should reflect your love story.

Do this by adding customized embellishments to your anniversary decorations.

Use personal photos, initials, or anniversary or wedding dates to decorate.

Decorating ideas for an anniversary party

Many people go a little overboard with decorations. But others sometimes might under decorate their party too.

Before you spend any money on party decorations, make a party checklist.

A party checklist will help you avoid necessary party supplies.

Greenery is the way to go if you want to save money on anniversary party decorations.

If you still have your heart set on flowers, consider rose petals or single stem flowers. Look for single stem vases and use them as centerpieces.

Using a single flower like a gerbera daisy will save you more money than buying bouquets for each table.

Tip 6: Save the catering add-ons and extras for later

Before you decide to add anything extra to your catering menu, make sure you can afford the basics first.

No one has ever complained about the extra pass hors d’oeuvres they didn’t get at your party.

But they may have a bone to pick with you if you leave out important dishes during mealtime.

If you’re serving your guests a full meal at your party, it should include an appetizer, a main dish, and a dessert.

Hold off serving soup or salad and ask your caterer if they can create a Prix fixed menu. Give your guest the choice of two options for each course in the same price range.

Doing this will help you stay within your anniversary party budget.

Serve pastries or cheaper types of dessert for your anniversary party instead.

Research cake alternatives, before you order a cake,

If you have your heart set on a cake at your anniversary party, go to a store that sells food in bulk, like Costco. You can buy a sheet cake for under $20 bucks.

One way to lower the cost of food at your anniversary party is to serve plated food.

People usually think that buffets are more cost-effective, but it’s not.

Party venues that offer buffets tend to throw leftover food out after your event is over.

The leftover food from buffets tends to go to waste. Many times, guests grab more food because there is more food available.

In some cases, plated food can get a little pricey. Talk to your event coordinator or chef first, so you can avoid overpaying for party food.

Let them know that you would like to lower your food budget.

Be honest about how much you can afford to spend on food and drinks.

Listed below are anniversary party food ideas on a budget to consider:

Another benefit is the food will look more elevated versus having your guests stand in line at a buffet.

Before you spend money on champagne, consider serving a champagne alternative for your anniversary party.

At one of my previous events, I offered Spanish Cava to my guests instead of buying bottles of champagne.

Not only did it save me money, a few of my guests told me that they liked the taste of it better.

Another way you can spend less money on champagne is to pre-pour into the glasses at the table.

Your guests can help themselves to extra glasses (untouched) at their table.

You’ll save a few bucks because you did not have to open any extra bottles.

Be sure to return any unopened bottles of champagne to your alcohol supplier.

Tip 10: Offer a pre-made drink Menu to serve your guests

Keep your cost done by offering guests both pre-made alcoholic drinks. It will cost you more money if you decide to have an open bar at your wedding anniversary party.

Create a drink menu in advance and let guests choose what they want to sip on at your anniversary party.

Offer your guests a few signature drinks that match your anniversary party theme.

Everyone will love the personal touches, and your guests will forget all about the option of an open bar.

Have your anniversary party at home in your backyard or at a friend or relative’s home.

You’ll save tons of money if your family or loved one host your anniversary party at their home.

The best way to save money when planning an anniversary party is to use what you already have in your home.

Before shopping for new entertaining essentials for your anniversary party, take inventory first. Look through your cabinets and closets to see what you can use.

If you plan to have your anniversary at home, invest in -home entertainment essentials. Paper goods are cheaper, but over time, you’ll end up spending more money.

Buy reusable serving ware, so you won’t have to rebuy the same party supplies over and over again.

Invite close family and friends to celebrate your special day. Inviting fewer people to your anniversary party will keep the cost down.

The fewer people you invite to your party, the smaller the space you’ll need to host your event.

By keeping your guest list down, you can avoid renting out a larger and more expensive venue as well.

Are you having trouble picking a low-budget anniversary party venue? If so, check out peerspace.com.

This website can help you find a party venue within your budget.

Some venues require you to book their venue for two or more hours. If you think you can pull off your anniversary party in a shorter amount of time, do so.

You’ll be able to reduce many of your party services and rental fees. Doing this can save you hundreds of dollars.

Tip 15: Rent a party venue with a kitchen and a dining area

It’s tempting to rent out raw spaces like barns or studios to throw your anniversary party. But renting out raw space means that you have to rent all your party supplies, equipment, and furniture if they don’t offer it.

If you want to avoid paying an offsite catering company, have your party at a restaurant.

Restaurants may need you to order a certain amount of food if they don’t charge you by the hour. But it would be a cheaper alternative than renting a raw space or studio.

Tip 16: Plan to have low-cost entertainment at your party

Try not to rely on a music party playlist as your only source of entertainment.

Keep your anniversary guest amused by hiring affordable party entertainment. Or plan to do some free anniversary party activities.

Now that you know how to throw an anniversary on a budget, what tips did you find helpful?

Which tips are you going to use for your next anniversary party?

Hey, I’m Satarra, an Accredited Event Designer who loves coming up with creative ways to celebrate milestone events for less (coin)! In my previous career as a licensed social worker (LMSW), I supported many clients with reaching their personal milestones. Now, I want to help people like you to celebrate them!

Plan on staying close to home to celebrate your anniversary this year?  Feel free to snag these anniversary staycation ideas that are affordable and fun! … 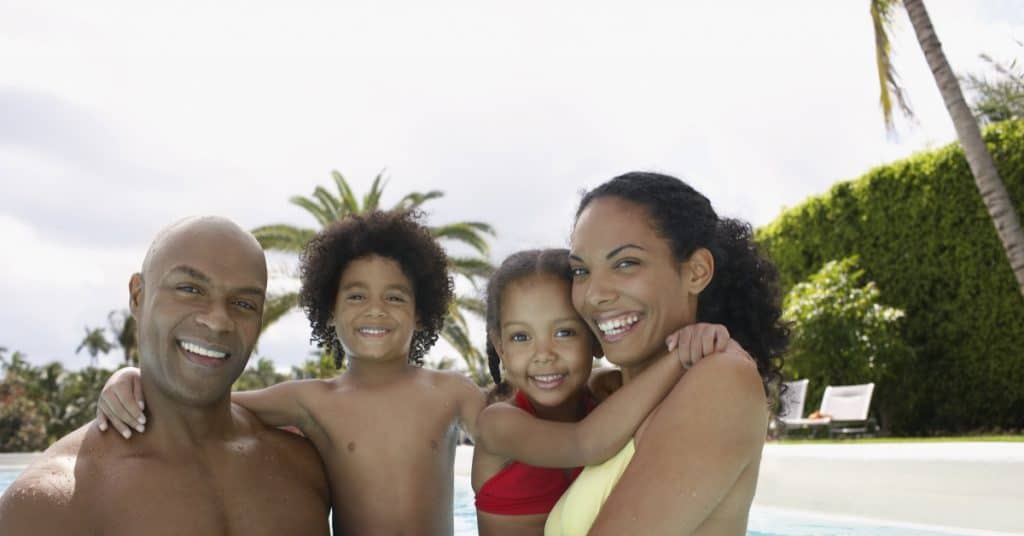 When you’re a parent, it can be hard to find quality time to spend with your partner. When it comes to planning a special anniversary… 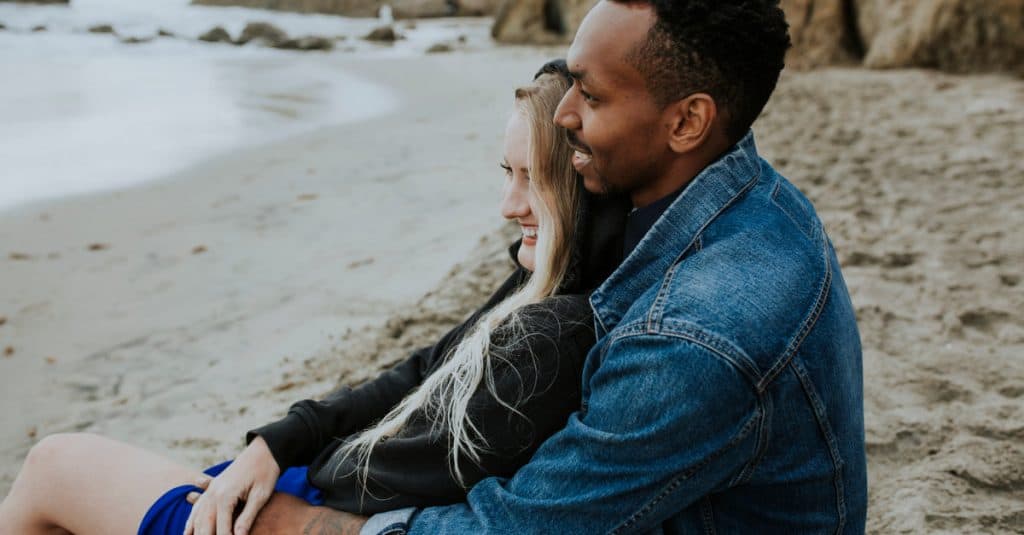 How to celebrate an anniversary on a budget Not sure how to plan an inexpensive anniversary? Here are a few things you need to keep…

Hey, I’m Satarra, an Accredited Event Designer who loves coming up with creative ways to celebrate milestone events for less (coin)! In my previous career as a licensed social worker (LMSW), I supported many clients with reaching their personal milestones. Now, I want to help people like you to celebrate them!